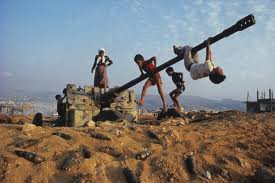 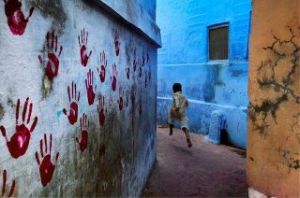 In Italy the 28% of the 7.797 Unaccompanied Children come from North Africa (Egypt and Morocco ). Most of them arrive in Sicily, an island in the south of Italy, by boat without any kind of document. They have not the prerequisite in order to apply for the Asylum; they get a special Permit to Stay just because they are underages and a guardianship that is usually assigned to the Care Home where the kids will go to live. During their stay in the Care Home a special Committee run by the State has, in maximum sixty days, to understand the minor situation in order to guarantee the “child’s best interest “ , enshrined by the Article 24 of the EU Charter of Fundamental Rights . The Committee will try to look for the family of the child ( family tracing) because this is considered “the best” for him/her. Often the Repatriation is justified only by the assertion that the main child interest is to be reunited with the family. This assertion should be the consequence of a good process of investigation also with the involvement of the child who is supposed to be the “centre” of this process. In the reality this process becomes just pure “administrative regulation” . Waiting for the response of the Committee the Unaccompanied Children are considered temporarily in Italy. This is the reason why they live in Care Home that in Italy are defined Services of First Reception, so services just for emergency or temporariness, not for permanent accommodation. After two years of investigation without any outcomes the Committee is able to report the “child abandonment”. This is an important issue for the unaccompanied child, being recognized “abandoned” gives to the child the opportunity to be adopted. Before this step the Italian legislation provide just for a guardianship that should be managed by the Care Home but also and preferably by Foster Families which might guarantee a better integration for the child. Unfortunately the Foster Care is not widespread in Italy also for Italian kids, and therefore the number of Unaccompanied Children in Foster Families is really low . Most of the Unaccompanied live in Care Home waiting for a response from the Committee, the 80% of them, are aged between sixteen or seventeen . The possibility to get a regular Permit to Stay when they turn eighteen is almost a dream because the Italian legislation requests, in order to get a work-study Permit to Stay, which the child has been previously involved in a project of social integration, run by a public institution, at least for two years.
So the problem is mainly “mathematical” , how an Unaccompanied Child who arrives in Italy when is sixteen or seventeen years old will be able to turn his/her Underage Permit to Stay in a Work or Study one? . Waiting in the Care home they perfectly know about their own situation , they know that in a couple of years they will have to go back to their country of origin like every other undocumented caught by the police , at least if they keep waiting in the Care Home . This is the reason why the 75% of the Unaccompanied Children in Italy run away from the Care Home , the opportunity to become a part of the almost five hundred thousand illegal immigrants in Italy is more attractive than waiting and hoping for something that they hardly understand (the Committee with all its “red tape”). Every Unaccompanied Child “run away” from the Care Home is a serious defeat for the Italian State which, like all the members of the European Union should guarantee “the best” previously quoted. Is a serious defeat especially because “ run away” is really considered the best by these children, they prefer to stay alone underground instead of rely on the State authority, “authority” that often treat them in a bad way. This assertion comes from a field experience of one of the group members who had the chance to get in contact with several Unaccompanied Children working in an NGO inside the Central Station of Milan, Italy. He has experienced how the Italian Police is really ignorant about the situation of these kids and not finding a solution for them (usually they are just asking for a place to sleep, place that they lost running away from a Care Home in Sicily) prefer to send them to NGO which are not supposed to work with Unaccompanied Children. Of course the NGO try to do their best (also if they should not, according to the Italian legislation which provide that the Police must deal with unaccompanied underages ) in order to help these kids. Unluckily sometimes there are no materially beds in the free hostels run by the NGO and so the Unaccompanied are really left alone “on the street”.